Two days ago, I posted a blog called “Facebook for birders“, which immediately became one of my best scoring blogs in just 24 hours. The last 9 months I have together with Facebook also used a Social Media thingee called Twitter. There are still relatively few birders on Twitter, but it has all the potential in the world to become huge among birders. This post is the first part of two, that explains why. Jump right in! 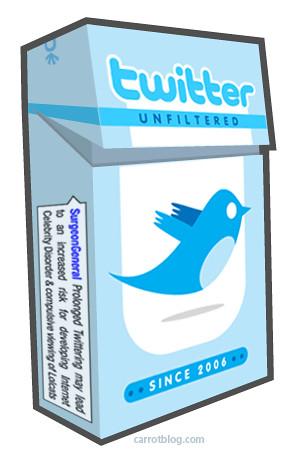 Is it really useful? So you joined Facebook, but maybe you like to keep it more personal and only include the people you actually know quite well as your Facebook friends.  Why should anybody except your closest ones want to see photos of your kids grow, meet your parents and grandparents, your aunt and uncles? None of their friggin business, is it? You are OK, because this is exactly what Facebook had in mind originally. Facebook does not want you to make 100s of friend invitations per day to people you don’t know – and you will get a warning for misusing Facebook if you send out this many.
But let’s pretend you nevertheless would like to share with as many birders as possible your bird photos and tales of your latest observations. Are there other platforms? You have may have a blog or you may upload your bird-pictures on Flickr. Most of these observations you made during an out of state birding tour, so your local list server will not allow your postings, as the list is suppose to reflect birding within the state or the county.  There is BirdChat of course, but some people will object if you do too many blog post referrals to BirdChat. You would like to reach out to more birders, so you can tell anyone that wants to listen about your latest endeavors, wherever they are. Imagine you could tell hundreds of birders – “hey my blog packed with bird photos from my latest Peru trip is now online”. You would only need a short line like this. Actually, when you think about it, there are a lot of things you could express in just a short line.

This is where Twitter comes in. Send a message of max 140 characters. Sending short notes regarding your blog or uploaded photos is the first use of Twitter for birders. Before taking this any further, lets watch a video that explains how Twitter works.

This video made by Commoncraft is one of the most watched videos on the internet with over 2.6 million viewers. Note that you can change the settings for subtitles in any language. As you can see in the video, you can twitter about just anything. At first glance the whole thing looks very trivial.

The first reaction usually is:
“I don’t get it. What is all the fuss about?”

Is it really that interesting to learn that someone is having coffee? Can this kind of small talk really have any practical use what-so-ever? Apparantly so, because there are lots of professional that have seen a great potential with Twitter. Rather than providing just trivial messages, the pros look to provide stuff that can be useful to you. It may be news or tips of cool links that will make life easier for you or satisfy a need or demand. Some news can even be read on twitter before it gets out through regular media. The pros who tweet about how to best make use of social media or give tips about Facebook or blogging, have several thousands and even tens of thousands of followers. Twitter is growing very fast and it is clear that it can be very valuable for businesses and entrepreneurs.

If you are birder, many of these small messages will be about birds, and maybe now the whole thing makes a little more sense.

Let’s look at some examples!

Here are some tweets from the people I follow and some tweets that I have made today. I am kolibrix in case you did not know.

Though you can use also just the interface on twitter.com to make searches, it is better to use a tool like Tweetdeck. Tweetdeck can be downloaded for free to your computer. With tweetdeck you can group the people you follow into for example, family and birders – and you can make a continous searches for keywords like birding or birdwatching.  Anytime anyone among the 4 million people that use Twitter, make a tweet containing the keyword it will show in the time line of Tweetdeck. Tweetdeck also gives the possibility to creat short url:s as you see in the examples above so it is easier to send links and still have room for a message in the 140 character limit. You find the most popular applications on https://twitter.com/downloads and still more apps on https://twitter.com/downloads: some that can be used on your cell phone to check your tweets through either SMS, email or IM. This opens up for an extremely useful device for birders as you can tweet, the same second you are observing a bird, through your telephone.

In part 2 of “Twitter for birders” I will tell you how something called hashtags will revolutionize birding and make all bird alert services obsolete in a near future.

Art by Creative Carrot under creative common license on Flickr