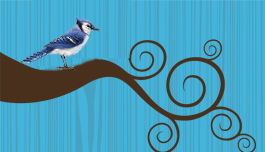 Twitter club for birders. We need a better logo! Could anyone please come up with something?

Not as long delay this time, but still delayed. I hope to be able to get the tweetclub #006 out by next Thursday Oct 1, so please submit your contributions in the comment section below before Tuesday Sep 29 . See earlier tweet-club postings to understand the rules and how this works.

I am having somewhat difficult time to get enough participants in the tweet-club in spite of the overwhelming results. Some of you may think it comes off as a bit spammy, but in reality for those of us on Twitter who follow more than 100 people have a hard time to actually see all things that are relevant. Therefore, highlighting blogposts about birds that have been selected by the individual birdblogger and additionally have past my “filter” (strictly commercial posts or non-bird related posts will not pass) guarantees excellent reading and posts you don’t want to miss. You also have a chance to spread your blog to people who don’t regularly would read your blog. I have around 4600 followers on Twitter.  Quite obviously not all are birders, but if we could provide interesting blogposts about birds that have lots of wow-factor in them (I repeat great photos, something very funny, a great story, something useful, a top 1o list, a tutorial etc have the chance to reach far more people that you usually reach) then we can also engage more people to maybe become birders and ultimately active guardians of nature.

I have talked about this idea in previous posts. Now it is time to introduce it here as a fixed strategy. Some explaining: From the past tweet-club results I have picked those that got over 100 clicks and presented these on my Facebook (some 1800 Facebook Friends – mostly birders). Unfortunately, it I can’t measure my out-going links from Facebook (if it is possible – let me know!), but it ought to be significant. If you have a great story or photo it may even be re-Facebooked by some of friends. For a specialized hobby like ours and with the relatively few birders on Twitter, Facebook reaches more birders. Twitter can reach more people and especially people that may have a beginning interest in nature watching. Facebook reaches the already converted souls and the friends of friends. The two compliment each other. It is therefore logical to take the Tweet-club also to Facebook.

A few things to think about.
1. By publishing links to other bloggers, you will appear less navel-gazing and self promoting. Sure, Facebook in itself is a self-promoting media, but your Facebook friends will love you even more if you not only promote yourself.
2. But, don’t overdo it. Only share things you truly like.
3. Share the link only once or at the most twice if you posted at an odd hour and get very few responses.  Since Facebook is an mutual opt-in social media system it means that most those who are following you as Facebook Friends are truly interested in you and contrary to Twitter will read almost every update.

We have some new participants for this weeks tweet-club. I have chosen posts from their blogs since they either did not supply a specific blogpost, it was not about birds or it contained a stream that can’t be seen in some countries. Sorry to these bloggers for that inconvenience.

Here are the tweets you should retweet (and of course read and comment).

I also had contributions from BirdExplorers and Dani in Catalunya, but since I got no twitter account from neither, I can not include them. Please submit again next week.

The results from tweet club 4 were a bit more modest than usual, but both long delivery time of the blogpost as well as rather few participants gave lower numbers.

Gwendolen’s Vulture call got most clicks.