Friday March 19, 2010 was a day of bird history for Peruvian ornithology and birdwatching. 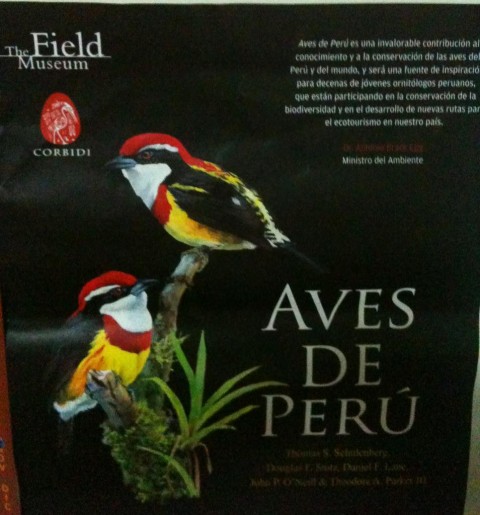 The book Birds of Peru by Schulenberg et al was published in Spanish and presented during a full day of lectures and build up to the final presentation of the book in which Environmental Minister Antonio Brack Egg was present. Key lectures were held mostly in Spanish by the original authors Tom Schulenberg, Dan Lane, John O’Neill and Doug Stotz. All made tribute to legendary Ted Parker who laid the foundation to the idea of a field guide to the birds of Peru.

Having a birdbook in Spanish will make ornithology and birding in Peru explode. Specifically, shall it become an incentive for locals to learn about birds to show to visiting birdwatchers. Hoards of new birding guides will make Peru more prepared for the increasing avi-tourism. But also more Peruvians will find birdwatching as a hobby more rewarding with this book. Finally, the book incentivates more biologists being formed with prime interest in birds. This will take Peruvian ornithology to a new level followed by a stream of publications in scientific journals.

I could unfortunately only be present during the first part of the day, so I missed a lot of good lectures and presentations but three particular mentions have to be made, as they involve new species to Peru. In total 4 new species to Peru were mentioned within two hours. Colombia best watch out for the number one position of most species in the world.

Tom Schulenberg was first out mentioning that new species can be found also along the coast of Peru in spite being relatively well covered by ornithologists and birders. The main reason is because there traditionally is less activity in the field during the Austral summer (Dec-February).

Two extra-ordinary new records were mentioned. Marshall Iliff’s White morph Reddish Egret south of Chiclayo a couple of weeks ago and White-winged Coot found at Mejia lagoons in the South during last part of 2009. The coot was still present there during a survey in February. 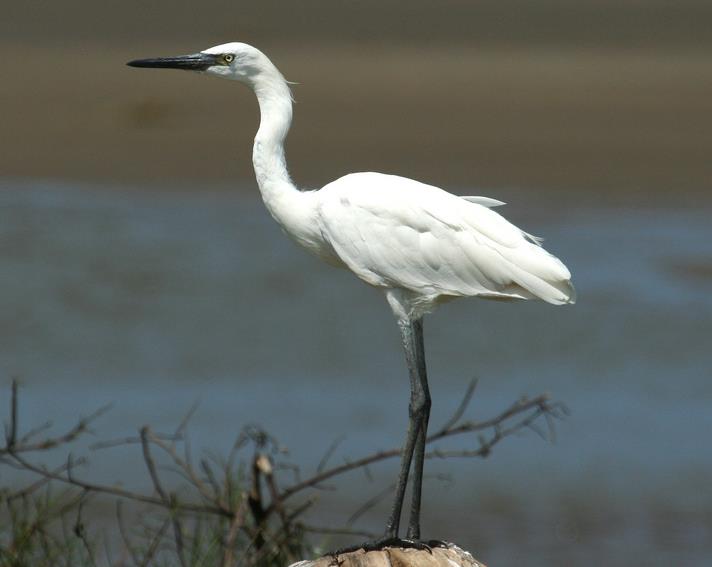 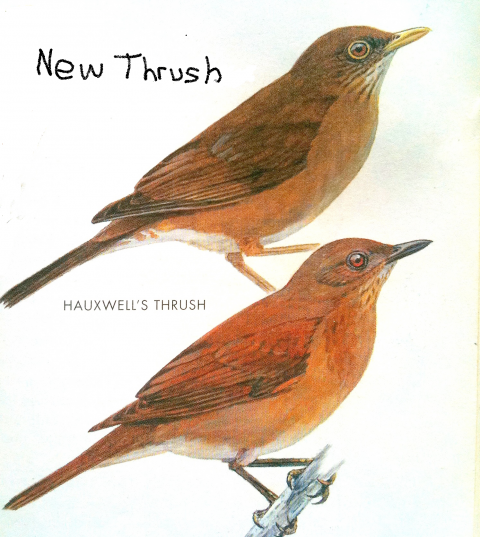 Dan Lane dedicated his full speach to the “gray-tailed form of Hauxwell’s Thrush” which turns out to be a good species, which certainly was indicated in the first edition of Birds of Peru. What comes as a complete surprise is that the form is not at all closely related to Hauxwell’s Thrush. A phylogenetic tree was presented showing the New Thrush being closest relative with the Ecuadorian Thrush and Bare-faced Thrush – and other thrushes that share a cat-like call. It is quite amazing that the call could show this much genetic relationship within Oscine passerines, in which the song is learnt. It seems some calls may nevertheless be genetically defined. The paper describing the new thrush is submitted, so we can soon expect the thrush being officially described. An important parenthesis is that the new thrush was the 11th bird that John O’Neill collected in Peru outside of Pucallpa. Since then he has described 13 species. It turns out his 14th new species described was actually his first new species to science! Dan also showed distribution maps showing that the distribution of the new Thrush is quite widespread along the upper Amazon and its tributaries and at many sites sympatric with Hauxwell’s Trush. Me thinks this will not be the last time a cryptic species will be described from the Peru.

John O’Neill held his lecture in English and with Spanish translation. He presented all the birds he has been involved in describing as new species. One of the most spectacular was the Scarlet-banded Barbet in the Cushabatay, Cordillera Azul area. In fact, the expedion had wanted to reach the main Cordillera Azul and the highest peak, but had to settle for the slightly lower, but closer Cushabatay area since the river held very little water.

Remote areas do still turn up new birds. During a recent expedition further south in the Sira Range and the Gran Pajonal a new Barbet was once again found. Clearly it is closely related as it is similar in colors but have bright red-flanks. This new Barbet intrigues me. I have some time free in July to go and look for it. Any takers?