Clients of Kolibri Expeditions, John Arnett and Jason Mann, found a new species for Peru last week at Laguna Tres Chimbadas in the Tambopata area close. Two individuals were seen the one that was not photographed was possibly an immature, as it was a bit darker. As one enters Tres Chimbadas with canoe the birds were seen almost immediately in a low wet grassy pastizal.

Alex Durand took two photographs with a handheld point and shoot camera through the Telescope – in the woobly canoe!

Fabrice Schmitt told me three weeks that he had found what he thinks was a fem/imm Unicolored Blackbird in Cocha Blanco in the Manu area. Some poor pictures were taken, but according to reviewers of Fabrice’s pictures they are not conclusive. It is the nominate ssp of Unicolored Blackbird Agelaius cyanopus normally occuring in Bolivia that was found here. 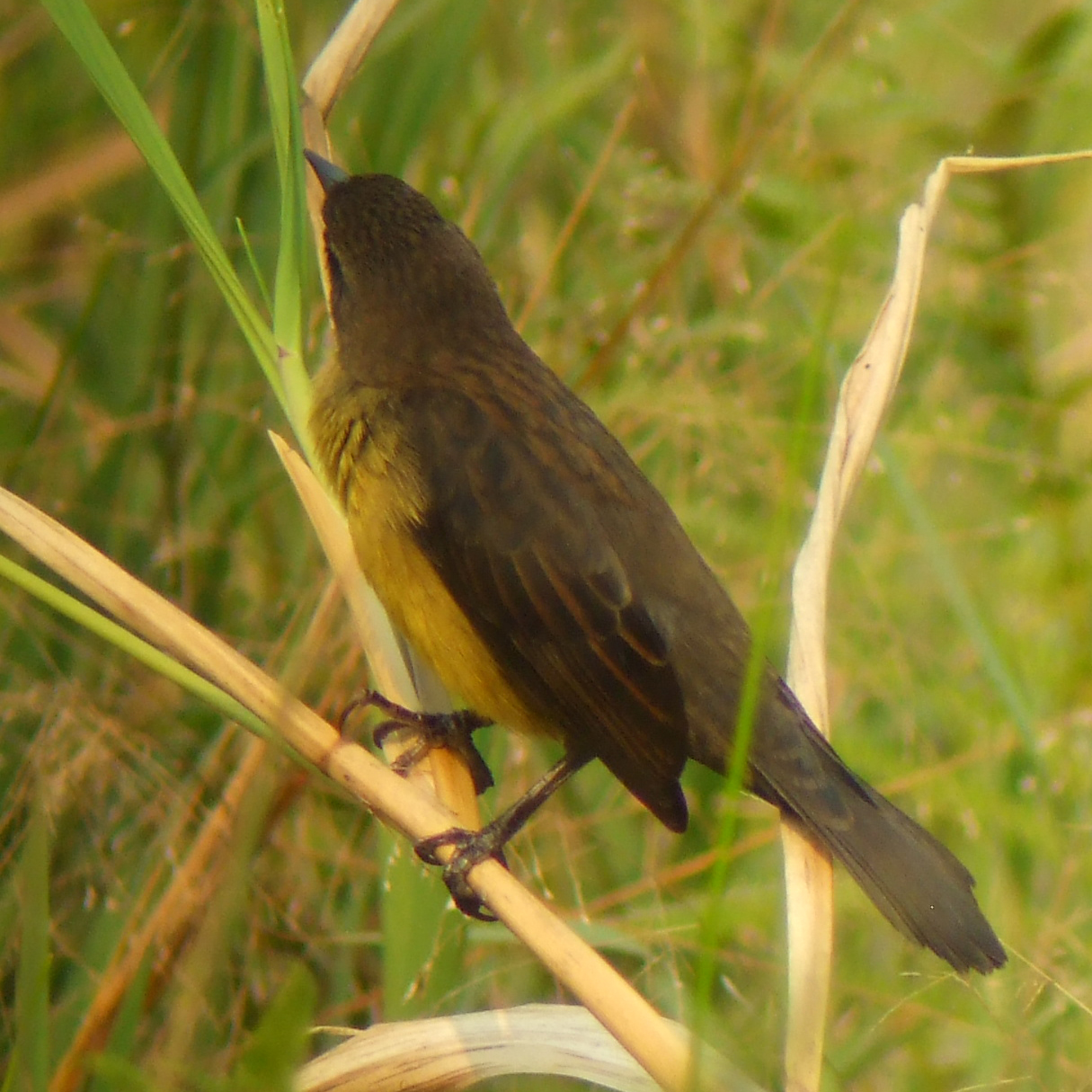 How I wish it look like this at Pantanos de Villa, Lima! 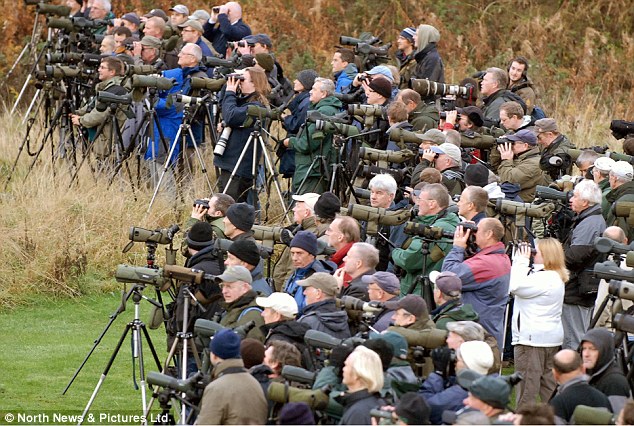 Most keen birders have got the news, and probably also most people in the US, have heard of the Mega rarity found in  NE  England at Trow Quarry in South Shields, South Tyneside .

Hundreds of twitchers descend on quarry after rare Asian bird never before seen in the UK flaps into view. Lined up in neat rows with binoculars poised, they look like they’re waiting for the arrival of royalty. But these photographers have their lenses trained on an altogether rarer sight…… the first ever sighting in Britain of a bird called the eastern crowned warbler. ….read the full article here.. 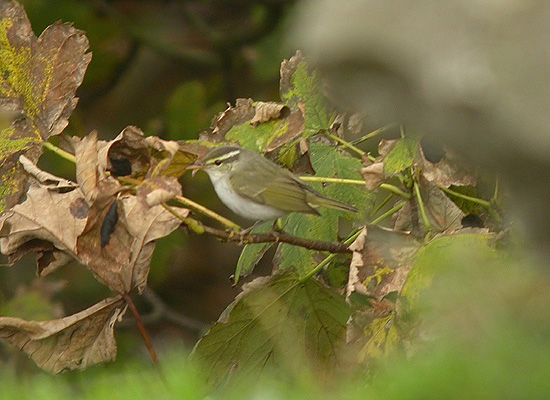 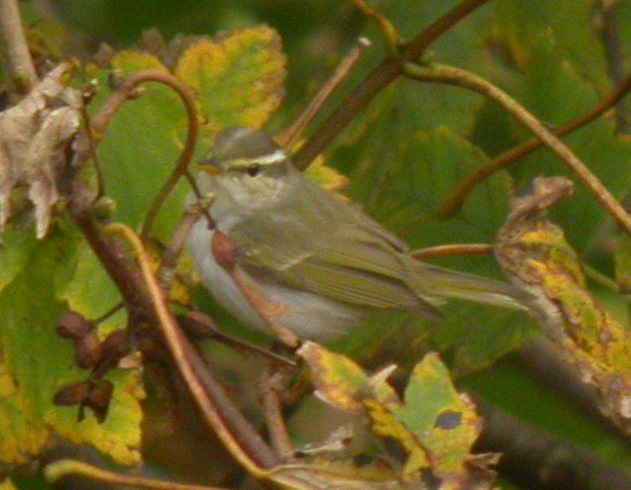 Craig Shaw has more pictures and his story on his Photo Blog.

The Story of the MEGA-Twitch

The above is how the news hit me, but let’s look how the story evolved. If you are a member of BirdForum you can read the whole thread in Local Patch forum from NE England – Tyne and Wear.  The thread starts on Page 137!

Dougie Holden had the day off work, because it was his wedding anniversary on October 22 and bummed off a couple of hours in the middle of the day to do some birding. He met up with his friend Derek Bilton at the quary. Derek spotted  the bird after only 5 minutes, which Dougie ID:ed as a Yellow-browed Warbler, which certainly is not a bad bird itself and would have been a lifer for Derek. Dougie managed to take a photo. This one, that has been circled the world since Thursday: 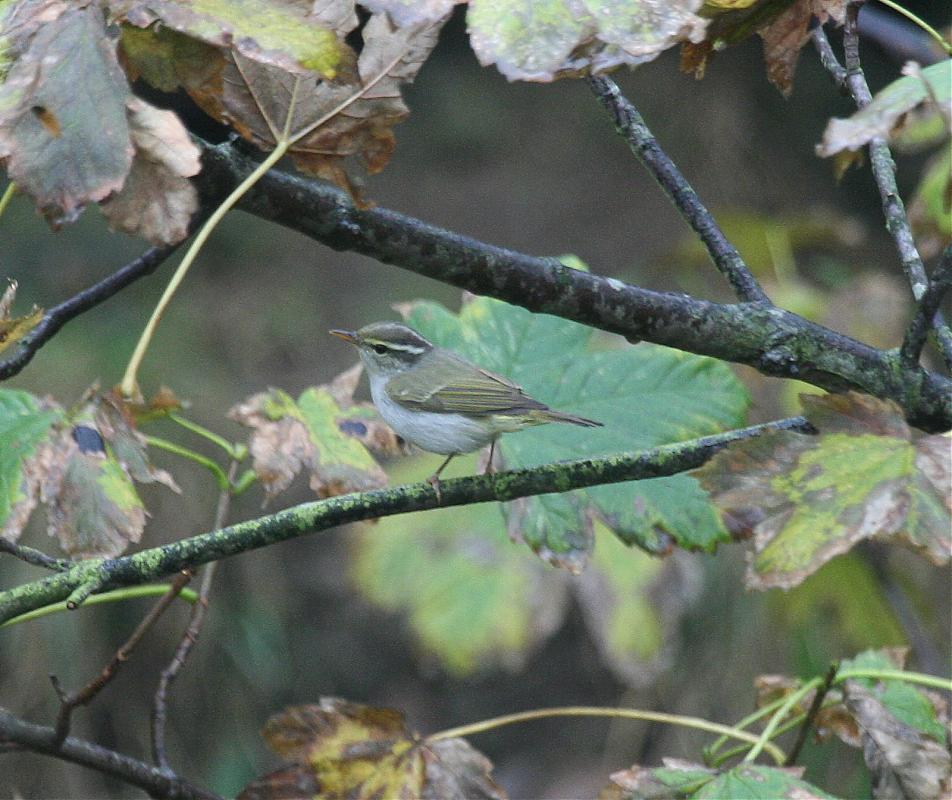 Dougie had uploaded severa photos apart from this one, and a discussion started regarding the ID of a photographed Short-eared/Long-eared Owl

….I think you should be looking at the photo of Dougie’s ‘Yellow-browed Warbler’ instead. The bird is actually an Eastern Crowned Warbler, a first for Britain.
Oh. My. God.

Mark puts the find into context with a note to birdforum. There were only four previous records in Western Palearctic:

Next morning Friday Oct 23, the show started. 150 birders were there at 8 AM. There were reportages and interviews made all day. Dougie was selling autographed Photos at the quary.Interview for Radio Newcastle and TV  interview with BBC News.

“In the bird watching world, this is the equivalent of winning the World Cup.”

Was up at 4.45 this morning as I can’t seem to sleep just lately (wonder why!) I think I’m just totally overawed by the impact this find has had on the birding world, my local patch, and our thread – Brilliant!

Yesterday was absolute madness from start to finish, hundreds of birders from far and wide descending on Trow, the phones (house & mobile) just didn’t stop ringing all day, I even had a visit from the national press – unbelievable!

I’ve thought a lot about Thursdays ‘find’ and obviously Derek and I played a big part in this, but if we’re honest we had no idea what it was we’d discovered…. so with this in mind I’d like to say a massive thanks to Mark Newsome for his superb identification skills because without his expertise this bird would have just flew south as another Yellow Browed Warbler – well done mate, it’s your bird as much as ours!

I had never even heard of an Eastern Crowned Warbler and couldn’t find reference to it in any of my many bird books; however it’s not a bird I’m likely to forget in a hurry!

Thanks to everyone for the pm’s, texts and emails – I’m just so pleased the bird showed well yesterday and the ‘twitch’ was worthwhile.

Best wishes ‘one and all’

Here is the  BBC interview with the Dougie and Mark. The bird was still there on Saturday.

Here is yet another BBC reportage.

And here is some video of the actual bird.

The bird was still there on Saturday. UPDATE: It was not found on the Sunday, when it must have moved on.

Birding in the digital age.

Hadn’t it been for both digital cameras and the information highway on the internet (here via Birdforum – the largest bird related forum on the internet) this bird would most likely have gone undetected, and even if ending up on film, most likely gone by the time the photographer had had the roll developed and finally analyzed by a more widely travelled and experienced birder as Mark Newsome.  It also shows the extreme importance of carrying a camera at all times in the field.