So what is this then? 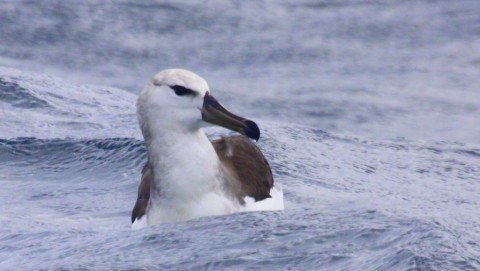 Yesterday, we made an excellent pelagic from Lima. We thought we recorded three species of Albatross, but after reviewing some photos we discovered that two of the called Salvin’s Albatross were in fact Chatham Island Albatross. This is only the second third confirmed record from our Lima pelagics. Here are some photos on our Facebook page.

But what follows are four photos of an individual on the water that I had ID:ed tentatively as Black-browed as default, but I wonder if it could in fact be a Gray-headed Albatross. There has been cautionary notes about ID:ing Gray-headed Alabtross in tropical waters. Alvaro Jaramillo made a note about this fact in the Neotropical Birding article about the birds of the Humboldt Current. The species has been taken off the SACC approved Peru list, due to lack of tangible evidence.

On some of the earlier pelagic expeditions I did from 1998-2002, there are sight records put down as Grey-headed Albatross, but without photographic records and no detailed notes, it is impossible to give any verification of these records. I was not a very experienced seabirder then.

So humbly I present four photos that at least to me indicate some signs of  being a juvenile Gray-headed Albatross turning into immature plumage.

UPDATE: Turns out it was Black-browed Albatross after all. See comments below. 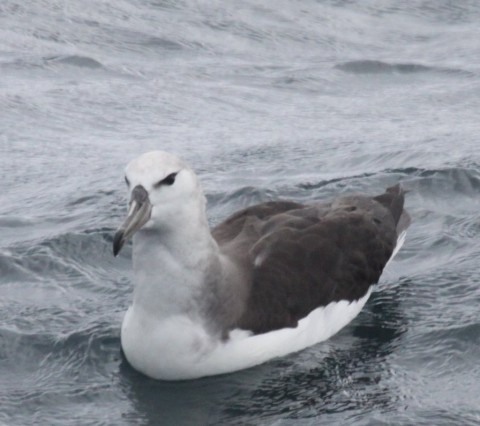 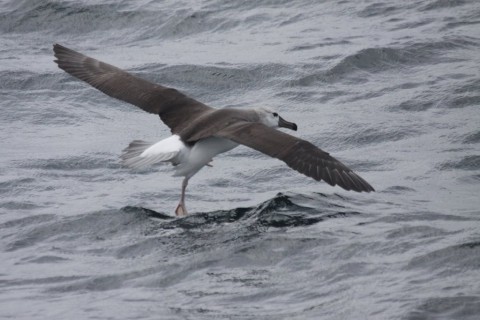 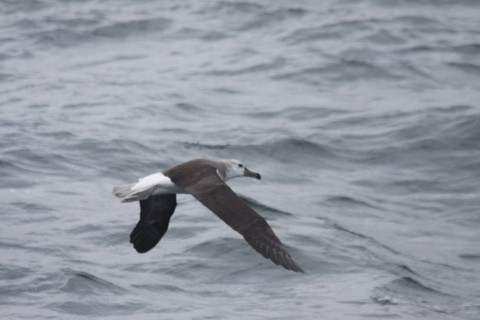 Black-browed Albatross after all

I am very thankful for the comments supplied by Alvaro Jaramillo, Brian Patteson and Chris Robertson for the kind comments they have given.  Truth is that the literature is quite misleading when it comes to identify immature and juvenile Gray-headed Albatross and this is probably the reason why there are so many sight records without proper documentation.

Chris Robertson: You have a juvenile-sub adult Black browed albatross (Thalassarche melanophrys). The culmen and bill plates are definitive as are the eyebrow and neck collar.

Alvaro Jaramillo (Field Guides): This is a young Black-browed. Grey-headed will be much darker headed, with a restricted white throat and cheek area that stands out. They have all dark bills, not the bicolored darker tipped look of young Black-brows. Here is a photo of the northernmost confirmed record we have yet from Chile (Valparaiso). 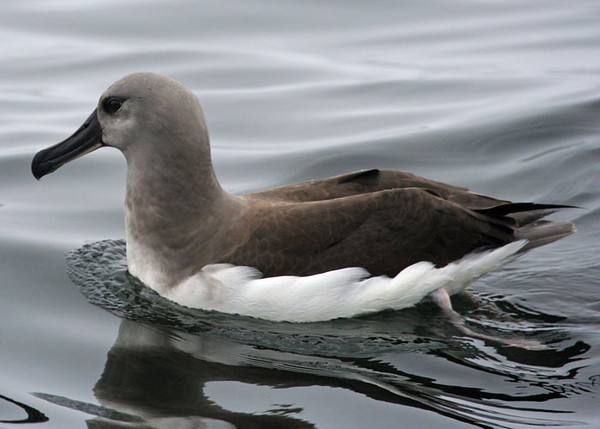 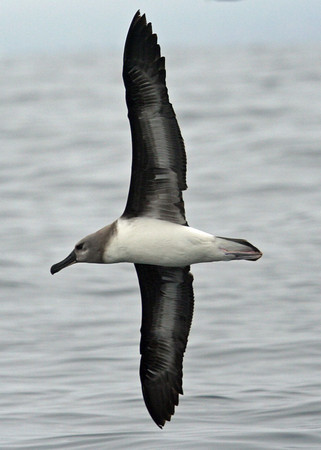 Brian Patteson: In these albatrosses, the bills start dark and lighten up, so juvies should have the darkest bills of all.  And when it comes to books about seabirds, they aren’t always right- even the new ones.  All of the young Gray-headeds I have seen had much darker heads.  Anyhow, here is one in a photo from Drake Pasage. 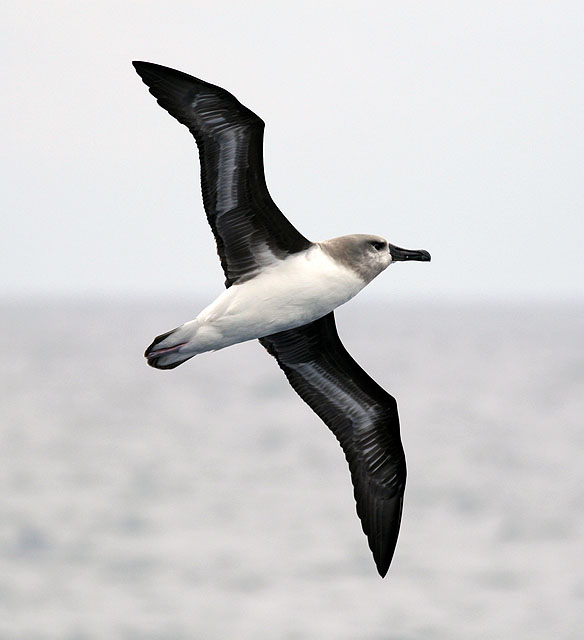 Thanks Brian, Alvaro and Chris for comments and photos. The have made me little wiser.