What do Great Tits and Peruvian Boobies have in common?

They are both birds on T-shirts from Birdorable! What were you thinking? Well, I just read about Peruvian Boobies t-shirts it in Mel’s blog teach-me-about birdwatching.  I quote: It would be great to have a t-shirt saying “I love Peruvian Boobies“ for my non-Peruvian fiancee. Birdorable caught the idea and started designing. Check out the nice result.  I always said to my friends it was the Peruvian Boobies that drew me to Peru.

Great Tits can also be found on Birdorable!

All this talk about hashtags got Tim Ryan interested. I had posted on my Facebook the following:

Updated “Twitter for birder – rare bird alerts with hashtags and RSS. UK already have a system up! https://bit.ly/X7QG

Timothy Ryan at 3:40pm March 12
I don’t understand – you live in the land of coca leaves and yet your are always waxing poetic about hash. Do you chew it too? I am a novice at all these things but I really want to try ayahuasca. Will you ever be posting about Ayahuasca or are you loyal to hash?
I like birding with hash tags. It is a lot of fun. But how can you focus the binoculars?
Gunnar Engblom at 7:13pm March 12
Hahaha! Wanna come on a: Come-to-Peru-and-get-high-tour?
There are plenty of those around. We give you Jungle Gringo Shaman Johnny -an expat junkie gone wild – as your special local guide. Johnny has learnt all the ancestral secrets of a top native Shaman during the last 4 years and now has unique knowledge to prepare the “trip” of your life time.

You shall recieve the following high-lights.

Sign up today. Special price for you my friend!

Timothy Ryan at 7:59pm March 12
Fantastic – sign me up!
<<<<<<<<<<<<<<<<<<<<<<<<<<<<<<<<<<<<<<<<<<
UPDATE: Some readers did not understand that this was a joke, so I better state a few serious opinions. In fact, I have taken a stand against selling Peru as a country where ethnic drugs are put totally out of context as a tourist attraction. Please see the post on Amarakaeri communal reserve and the project we have commenced to turn four community lodges to prime birdwatching lodges to see what I mean.
What I think that those Peruvians selling the Ayahuaska ritual don’t realize is that there is liability involved, that makes it very risky involving tourists as active participants in the rituals. Ironically, there are loads of “Jungle Gringo Johnnies” in Peru, selling themselves as the real thing! Do you think you could get away with organizing such a ritual in the US where the participants take hallucinogenic drugs? Would it be legal? Why should this be OK in Peru and when it is not OK in the US? Here is a National Geographic article that describes the strong effects and potential dangers of Ayawaska – read between the lines to understand what sort of liability a tour operator that set this up is in for.
Furthermore, Peru is a modern country in most aspects and drugs are generally not accepted. Cocaine is not a problem in Peru. The problem is the consumers elsewhere and that its production in Peru is related to terrorist organizations as the Shining Path and the Mexican drug cartels. Therefore  there is a constant war against cocaine production and its trade. There are severe punishment against those involved in drug trade.
Tweet
Share 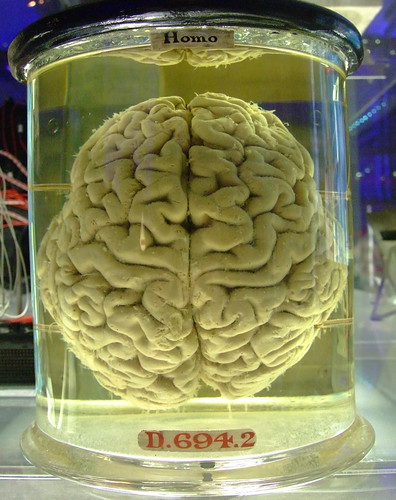 I got the idea for this blog reading an on-going thread about mnemonics on Vermont Birds. When I came to the Peruvian Amazon for the first time in the early 90s I hardly knew any birdsongs.  I soon realized however, if I were to be able to sort out all those Antbirds and Furnarids, I had to learn the songs. Luckily, already back then there were two excellent cassettes available. They were Ted Parker’s didactic Voices of the Peruvian Rainforest from 1985 with 39 species on it and of course the classic Birds of SE Peru by Ben Coffey Jr with 79 species. I must have played the last tape over and over hundreds of times until I learnt it by heart. In fact even the southern accent of late Ben Coffey was memorized. The introduction goes something like this.

First song on side two of the cassette was Bamboo Antshrike – a localized species that could readily be seen with playback at Amazonia Lodge in a small patch of bamboo within the forest on the main trail to the river. The same bird was exposed to Ben Coffey’s introduction and the following Crescentchest-like and quite high-pitched evenly spaced chup chup chup chup chup chup…….. (Recording Roger Ahlman-xeno-canto.org) by practically every birding group that came to Amazonia Lodge. In the end it seemed like the bird would come out without even playing its song. One had just to try to imitate Ben Coffey’s pronunciations of the introductory announcement of Bamboo Antshrike (again my impersonation).

I soon found that learning the calls of the rain-forest wasn’t as difficult as I had imagined. The antbirds and furnarids had quite distinctive songs, many that were possible to imitate with a whistle. If you can learn to whistle the call of a bird it is much easier to remember.

But I also made up my own mnemonics. Here is Plain-winged Antshrike

It seems to query…

Another great mnemonic was that of Grayish Mourner.

If you seen the Holy grail by Monthy Python, you have no problem picturing that the Grayish Mourner is saying as fast as he can – and with a stressed last word:

Finally, a bird that has become a nemesis bird for me. The Greater Scythebill. I shouldn’t feel too bad because it is a really rare bird. The song was only recorded for the first time less than 10 years ago. I have learnt the song by heart now and will easily pick it up if I ever hear it.

Doesn’t it sound like a puppy complaining that it does not like to be beaten? Picture that and it will be hard to forget what it sounds like. Poor dog!

Today, there are apart from xeno-canto.org a number of relatively new CD:s published by Cornell and edited by Tom Schulenberg with birdsongs from Southern Peru. The 5 CD:s cover both the Andes and the lowlands and all in all close to 500 species. To learn all, you have to play them over and over, and if necessary turn to mnemonics and Monthy Python or other absurd situations to help you remember.

Brain photo by Gaeran Lee. Common creative license on Flickr and all recordings on xeno-canto.org

Update: I should perhaps, stress that Ben Coffey was a pioneer in putting together together recordings from the Neotropics. I did not have the pleasure of knowing him , but friends that did know him refer to him as a very generous man. I am surprised I could not find a wiki page dedicated to Ben Coffey Jr, but at least there is a In Memorian to download from The Auk.
Also, I must highlight what a fantastic resourse xeno-canto is. It deserves a special recognition. I recently published a list on my blog of my top10 birding web-sites. Unfortunately, xeno-canto slipped my mind….and did not even get a mention. But, to tell you the truth, the site should top the chart and is probably the most useful of all sites on the internet for the Neotropical birder. I have not contributed as much as I would like, but promise I shall try to be more active doing so in the future.