Anyone seen the Great White Shark or the Killer Whale lately? 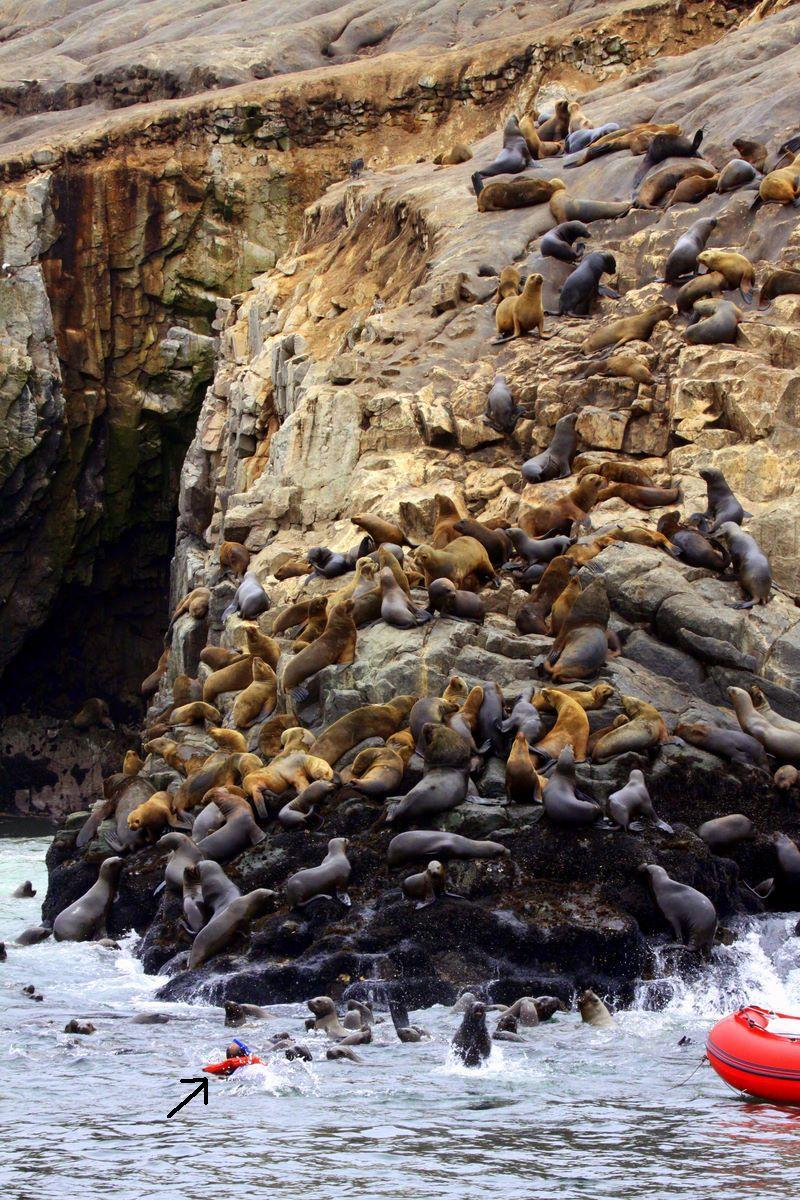 Eco-tourism can often be good for conservation, but sometimes the operators are just not responsible. This example is from Palomino islands outside Lima, where it has become popular to swim with the sea-lions. This is totally unregulated. There are no specific areas designed where impact with the breeding colony is minimized – a less impacting area would be in front of the bachelor resting rocks. There is no minimum distance to the island established, nor any code of conduct.

The water of the Humboldt current is ice-cold – the risk of hypothermia is evident. The swimming is just next to the colony. There are no rules of minimum distances.  The sharp teeth of the sea-lions could potentially be dangereous. Males can weigh over 300 kg – take that into account.

Killer Whales and Great White Sharks are rare in Peruvian waters, but both have occurred – and when they do show up again, could they avoid this virtual smorgasboards of prey? 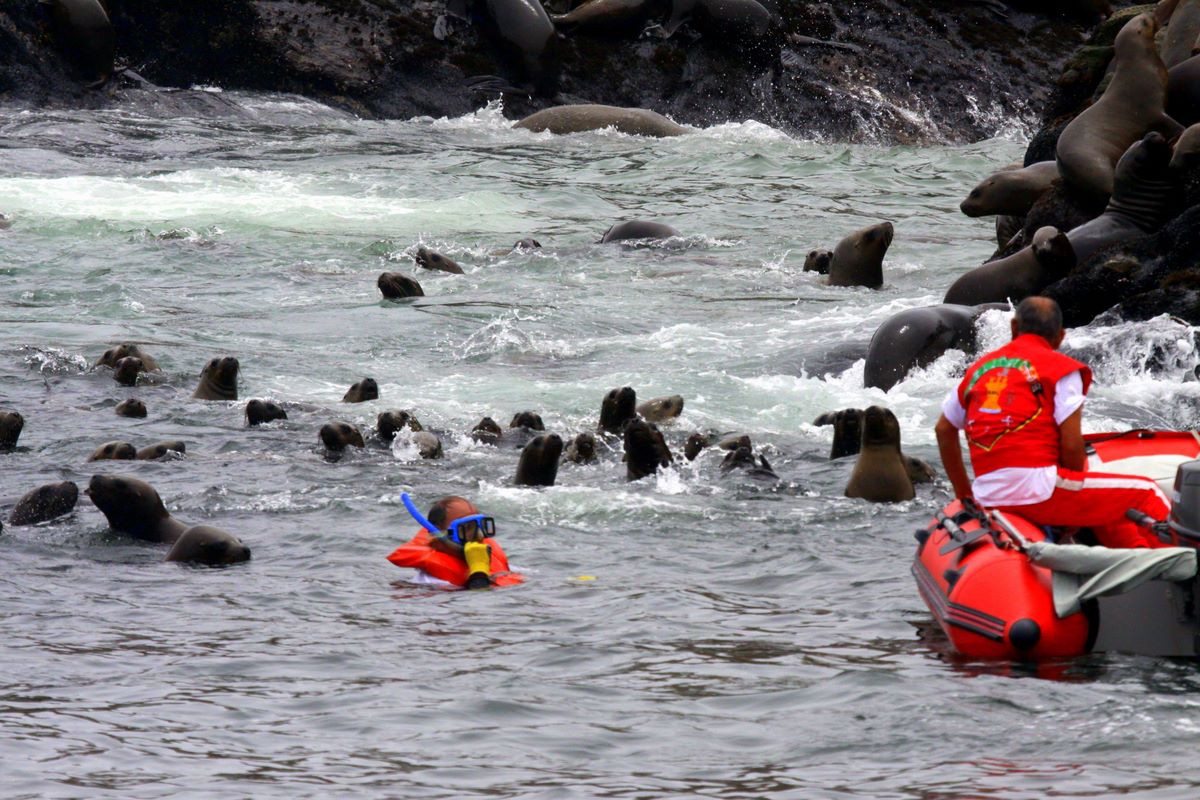 In spite of this, there seems to be very little interest in regulating the activity. On the contrary the municipality of Callao promotes it. I ask myself if it is really necessary. At Paracas, 300km south of Lima, most tourists content themselves with observations of the sea-lions from a boat. They do not need to get into the water. Why can’t the same tourism be applied in Lima?

Since I published this blogpost, I found by accident a blogpost on Living-in-Peru that totally praises the activity. Two sides of the same coin! Which do you chose?