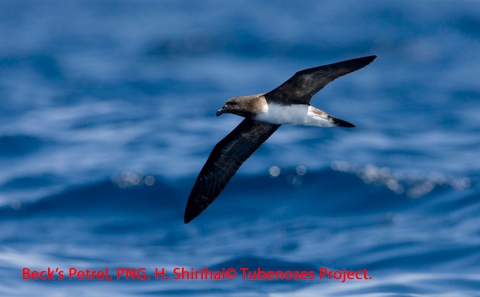 Readers of this blog may remember an interview with Tony Pym and Hadoram Shirihai regarding the first photographs of Fiji Petrel. Hadoram is aiming high with the tubenose project and the forthcoming book, that yet more lost seabirds shall be found.  And what is more, you can join him.

The following challenging pelagic expeditions are being organised as part of the on-going Tubenoses Project (Shirihai, H. & Bretagnolle, V. In prep. Illus. by Cox J. Albatrosses, petrels and shearwaters of the world: a handbook to their taxonomy, identification, ecology and conservation, A & C Black, London), and represent an effort to collect further data on the identification, variation, distribution and population sizes of some of the least known petrels on the planet.

The expeditions listed below are non-commercial pelagic voyages with all participants, including the organisers, equally sharing the costs of chartering the vessels. The expeditions will be conducted in a similar manner to recent voyages that led to the rediscovery of Beck’s Petrel Pterodroma becki in 2007 in the Bismarck archipelago (Shirihai 2008), and the first pelagic observations of Zino’s Petrel Pterodroma madeira in April 2009, off Madeira (Shirihai 2009), and Fiji Petrel Pseudobulweria macgillivrayi, off Gau Island, Fiji (Shirihai et al. 2009). 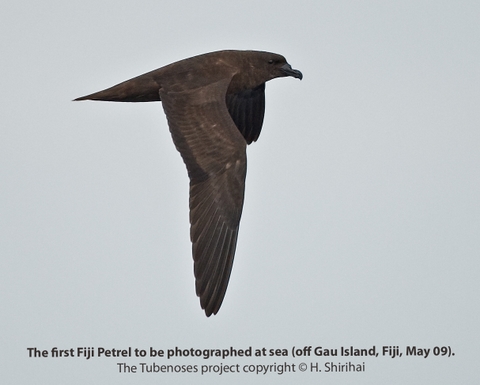 (1) Search for the Jamaican Petrel (presumed extinct) off Jamaica:

This voyage will run from 17th November to 1st December 2009, using a fast ocean-going boat. Depending on the weather conditions, we will spend 7 to 10 days at sea off Jamaica.

The Jamaican Petrel had been described to science, when it promptly disappeared; its last confirmed record was in 1891, almost two decades after mongooses were believed introduced onto the main island of Jamaica. Hopes remain that a tiny population of Jamaican Petrels still survive in the extensive tracts of suitable forest habitat. Moreover, mongooses have not prevented Black-capped Petrels from breeding in the Dominican Republic and Haiti. Several attempts have been made over the last decades to find the Jamaican Petrel on land, specifically in the Blue Mountains, without success.  None of these expeditions have searched at sea, a proven strategy as described above.

In preparation for this expedition, HS visited Jamaica (March-April 2009) to see habitats that might support a population of breeding petrels, and also viewed the breeding habitat of Black-capped Petrels in the Dominican Republic. HS and Vincent Bretagnolle have made a geographical survey (using satellite image maps and marine charts) and have analysed meteorological data for the region; parameters that contributed to the successful studies of Beck’s, Zino’s and Fiji Petrels at sea. From this analysis, a very specific oceanic corridor has been proposed that might be used by any Jamaican Petrels travelling to and from the island.

The plan is to intensively search this area and to use 1.5 tons of chum that will be prepared by our ground team and a local fish factory. The material will be kept aboard ship in dedicated freezers.

For logistical reasons, there is room for only 4 expedition members and currently there is only one spot available; the expedition share is US$7000.

Please contact HS at albatross_shirihai@hotmail.com to sign on, or for further information about the voyage, its plans and conditions.

(2) Search for the recently rediscovered Vanuatu Petrel in the remote Banks Group:

This two-week voyage, 13th to the 28th December 2009, will use a 72ft. expedition research vessel sailing out of the port of Santo, Vanuatu.

The Vanuatu Petrel Pterodroma occulta was collected in January 1927, by Rollo Beck (Whitney South Sea Expedition), though it was overlooked as a White-necked Petrel P. cervicalisuntil Imber and Tennyson (2001) drew attention to the fact that the specimens were distinctly smaller and represented an unrecognised species. Since then an additional specimen was found ashore in eastern Australia in 1983. The first at-sea record was of a bird observed by HS in January 2006 between New Caledonia and Vanuatu. Then in 2007, two/three birds were sighted off southern Vanuatu. There is recent evidence (still unpublished) that suggests a breeding population on at least one island in Vanuatu.

In December 2009 we shall try to obtain further data on this population, both at sea and on several islands in the remote Banks group. Dr. Vincent Bretagnolle, Dr. Orian Shirihai and HS are the organisers of this expedition. Besides studying petrels and other seabirds, the expedition will seek out some of the landbirds of the islands and also study tribal customs of the indigenous islanders, including the use of alternative medicines.

Only 7 expedition members can be accommodated on the vessel, the remaining space will be occupied by a set of huge freezers that will store two tons of chum for use during the planned mass chumming operations.

To date there are 5 on board, and two more are welcome, at US$7000 per person. This rate will be discounted for students and those from conservation bodies to US$5000 per person.

Please contact directly HS at albatross_shirihai@hotmail.com to sign up, or for further information about the voyage plans and conditions.

Further information on the following will be posted nearer the times: 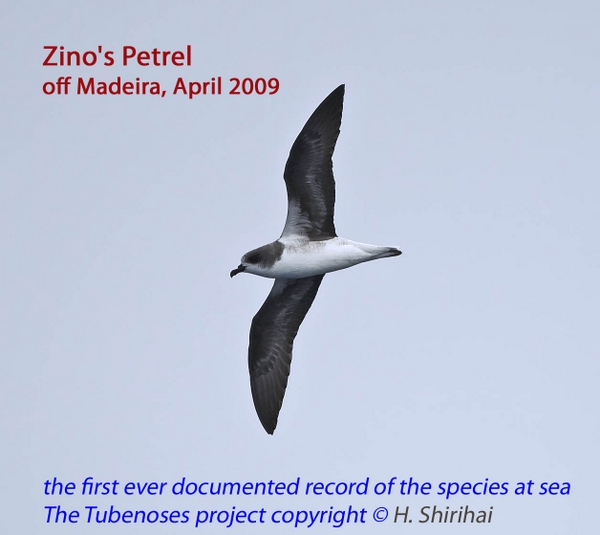 Off Madeira: To study Zino’s Petrel at sea, 20th-30th June (with Hadoram Shirihai & Tony Pym, and the organisation of Madeira Wind Birds).

Regular updates on these expeditions will be posted on Seabird-News (Angus Wilson and/or Tony Pym), Facebook group Pelagics – Seabirds Worldwide and on this Gunnar Engblom’s (Kolibri Expeditions) blog.