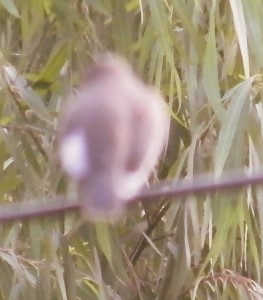 In spite that a description of a bird seen by a beginner is no better than this out of focus photograph, I seem to have a hard time to get my mind across to the experienced birder with my recent blog post “How to become birdwatcher in the 21st century“, in which I promote beginner birders to choose a camera and internet connection before binoculars, pad and field guide.

– Nah, nothing beats binoculars – I would not trade them for a camera. You’re not really a birdwatcher unless you have binoculars!

That is the voice of the veterans, while several birding neophytes have admited on this blog that it was exactly the possiblity to photograph the birds and then find out what they were, that got them into birding in the first place. Digital photography is revolutionizing for nature studies. Three years ago, I set up a butterfly-watching trip for Kim Garret and her friends in Central Peru. I was imagining that I was in for a group of geeks running around with butterfly nets and cold-boxes to get them into study position. Much to my surprise, no geeks at all! They used digital cameras with large aperture lenses and good macro funtions and tried to photograph as many as they possibly could during their nature watching holiday in Peru. They sometimes did not have clue what they were looking at, but had ways to identify the butterflies back home going through all sort of literature and sending pictures to museums and collectors that maybe could help out with the identification. This way they could be re-living the trip for several months. This was my first exposure to this technique. I was fascinated, even though I did not think for a moment that the same technique could be applied to birding and new birders.
In many senses these quite experienced butterfly-watchers went through the same stage as a beginner birder. Many of the butterflies they photographed were completely new to them and there is no representative field guide to the butterflies of Peru. So they were almost as neophytes in Peruvian butterflies as a beginner birder would period. Since then I have recently come to realize that the photos in birding makes the difference.

Can you identify this bird:

Three weeks ago, I went to a park in La Molina in Lima in search

for a White-crested Elaenia, which had been reported earlier in the week, but unfortunately could not be found again. Instead we saw a mystery bird!

Had a beginner birdwatcher tried to explain what he had seen very well in the city park – he would have said.
It was a small all black bird with lots of white in the wings.

The only bird in Lima that is completely black with with in the wings would be a Blue-black Grasquit, except that the white is only the under wing-coverts and only obvious in flight if you catch glimpses of the underwing. Furthermore, the local ssp of Blue-black Grassquit seems never to become completely black, but retains some brown feathers in the plumage even as adults. 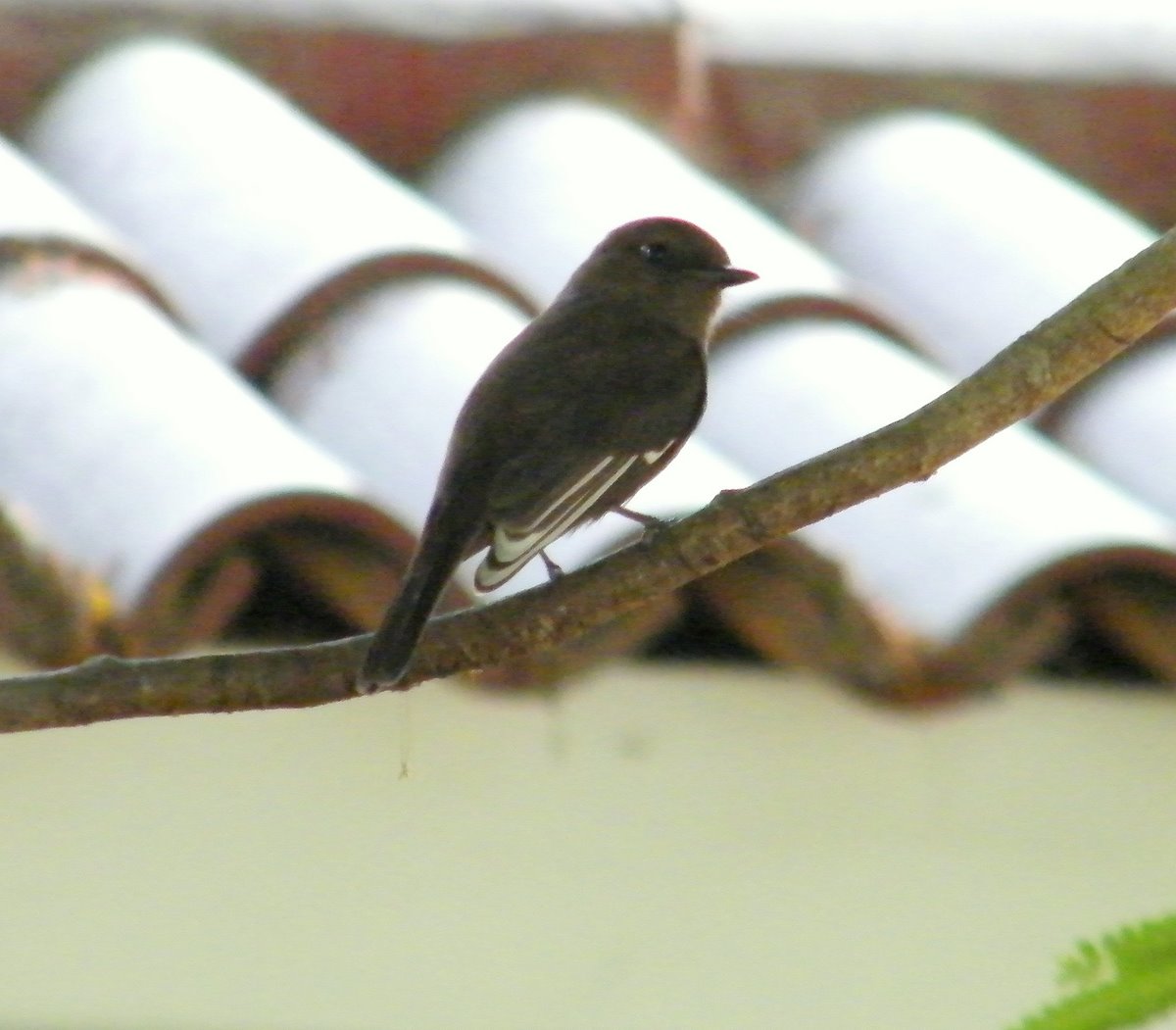 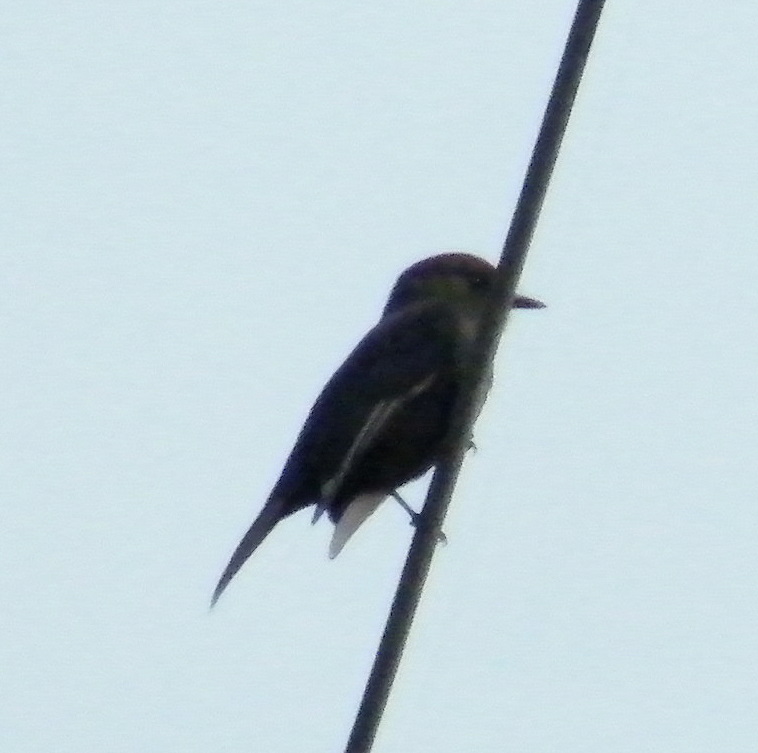 The melanistic form of Vermilion Flycatcher is very common in Lima city. I have sometimes seen individuals with one or two white feathers in the plumage, but this it the first time I have seen something this symmetrical.

So hand on the heart experienced birders, would you have identified this bird only on the description? Pretty hopeless for the beginner birders, when birds like this occur in a Lima park – surely he would not find it in the book.
Photos all taken with Fuji Finepix S2000 10 MP 15x zoom, which costs less than 200 US$. Now you tell me. Camera or binoculars for the beginner birder?