Mistura 2014 – Food festival in Lima for anyone who loves good food. 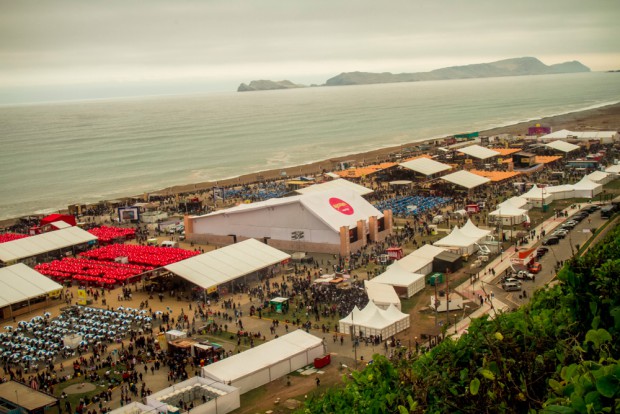 Between September 5 to September 14 there will be 10 days of food and culture festival in Lima. It is the 6th edition of Mistura with food and drink stalls spanning over 12 ha. It is the brainchild of Peruvian star chef Gaston Acurio and his colleagues of the Peruvian chef guild APEGA. Here is a trailer from the documentary “Mistura – the Power of Food” of the 3rd edition 2011.

Here is another video from last year 2013. Some 400 000 visitors came over the 10 days. I am sure many came back for repeats. Gaston Acurio has become so popular that many people are asking him to run for president. His many franchise restaurants are now in 12 countries around the world with 3 in the US.  Here is a recent article about Gaston Acurio from the Guardian.

We believe some of the best traveling is done when you can combine your hobbies and exploration spirit. This is why we created our Archeology and Birds program called the Southern Circuit. A lot of people come to Peru principally to see the wonders of the ancient Peru and the vivid andean culture such as Machu Picchu, Paracas, Nazca and Lake Titicaca. A few come to Peru principally for birdwatching. But there are few tours that combine these two directions except for our Southern Circuit program. On this birding tour there is something also for a non-birding spouse. Or one could say it is a cultural tour with a lot of birdwatching.

Gunnar Engblom is a Swedish birder who lives in Peru since 1998, where he operates birdwatching and nature tours for Kolibri Expeditions. He is popular guide both for hard core birding groups, as well as for groups who combine nature and culture. He is also a dedicated 3:04 marathon runner, right now training for Miami Marathon on January 28, 2018. And he has a relaunched as sing-songwriter with his band Guran Guran after 25 years.
Connect with Gunnar on LinkedIn, Twitter and Facebook.

One thought on “Food, Archaeology and Birds in Peru”