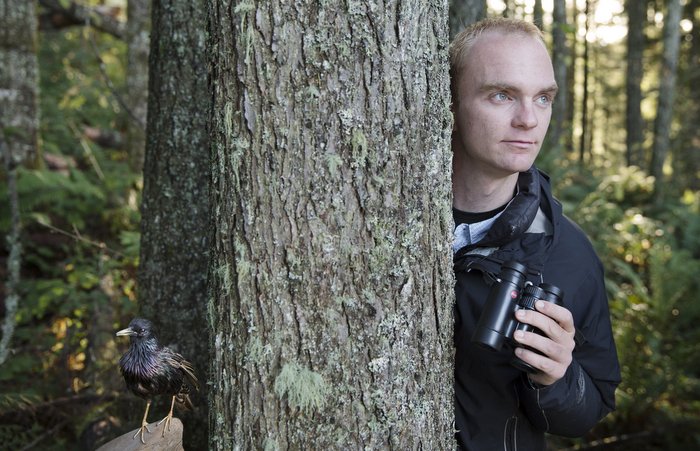 Are you following Noah Strycker’s Big Year? Noah has set off to see 5000 species in 2015. That Noah is coming to Peru – 1900 species of birds (give or take according to Clemments, IOC or HBW taxonomy) – is not surprising. After commencing in Antarctica, Falklands, Argentina, Chile and Brazil he is arriving to Peru on Feb 13. Birding in Peru during the rainy season may be somewhat unexpected in the record attempt, but if doing a complete lap of the world without crisscrossing, it is a natural geographic consequence. Kolibri Expeditions was Noah’s choice of sorting out the logistics and with 3 weeks in total we may as well make the best of it.

We need to visit the extremes in Peru. The North and the South, The East and the West. The main areas are Lima, North Peru from Chiclayo to Tarapoto, the road from Cusco to Puerto Maldonado, Amazonian rainforest, Machu Picchu and Abra Malaga. It is quite possible to get 700 species or more and we hope that 400 or more new ones will be added to Noah’s yearlist. You may join us! 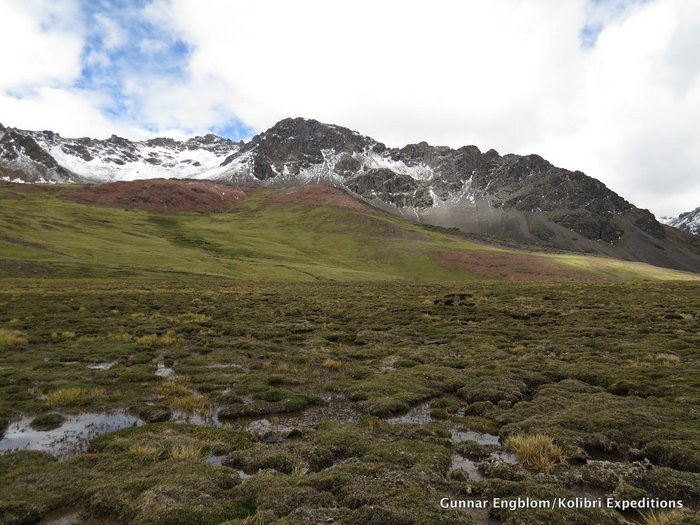 On arrival Noah will miss the Central Peru trip starting on Saturday February 7, but since there is some overlap in the subtropics of what we shall see on the rest of the trip as well as the subtropics in Ecuador, he should not to worry particularly over missed Junin Grebe, Golden-backed Mountain-Tanager, Black-spectacled Brush-FInch, Eye-ringed Thistletail and Junin Tapaculo. It would be impossible to visit every corner with endemics. One needs to consider the time involved and how many additional species it would give compared to a completely new area.

Noah will still catch the end of the Central Peru trip as where we are planning a Lima Big Day for February 14 with the Rimac and Sta Eulalia valleys and a large number of restricted range or endemic birds that can be seen in only one long day.
We shall start in San Mateo on the Central Highway, doing some scrub and woodland birding for Streaked Tit-Spinetail and Black-necked Woodpecker. The route continues to the Marcaopomacocha road with endemics Junin Canastero, Black-breasted Hillstar and White-bellied Cinclodes. 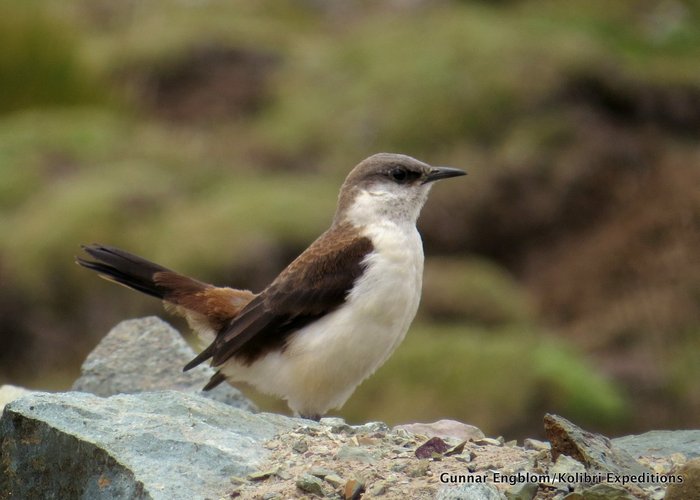 Even though Noah has already seen Diademed Sandpiper-Plover in Chile, it shall only take 15 minutes to score once again this most iconic species of all shorebirds.

We shall finish the day at Pantanos de Villa adding a number of birds such as Puna Ibis, Peruvian Thickknee, Belcher’s Gull and watching over sea perhaps spot a Peruvian Diving-Petrel. At rocky shores we should find Inca Tern and Surf Cinclodes. A Big Day in Lima will not be extremely high, but I still hope we should get 120-130 species for the day.

Noah arrives just before noon the day before on the 13th, so before heading up to San Mateo, he shall do a quick twitch to Lomas de Lachay to try to get Cactus Canastero, Raimondi’s Yellow-Finch, Least Seedsnipe, and Grayish Miner, all which will not be possible later on the trip. Also, he most likely knocks off also Thick-billed Miner, Peruvian Thickknee and Coastal Miner while he is at it, even though the same three are planned to be included on the big day.

Recently the WORLD BIG DAY RECORD was set on this transect by a LSU team with 354 species in 24H. We shall not bird that fast, but certainly a very frantic pace we are doing the North Peru Birding Blitz. Starting in Chiclayo with Bosque Pomac and Chaparri, over Porculla pass, on to Jaen in the Marañon valley with a side track to Leimebamba and a dash into Marañon valley again further south, only to turn around and head north again to Pomacochas – home of the Marvelous Spatuletail, followed by Abra Patricia and Moyobamba, to finally reach Tarapoto in the East over only 7 days. 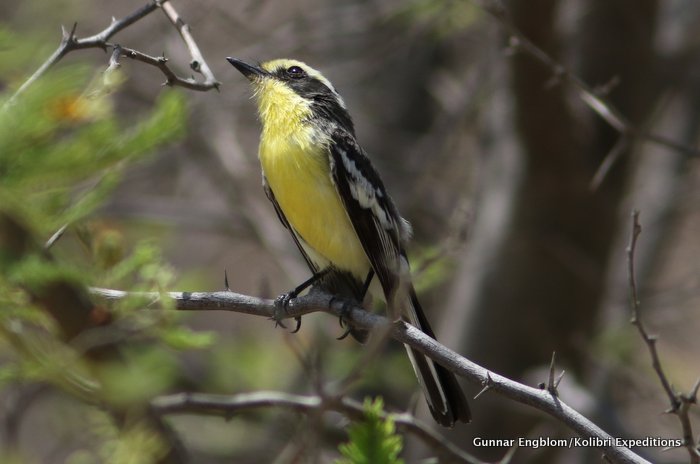 We hope to score a number of endemics on the route, as we pass the endemic rich Tumbesian zona, the Marañon and the Abra Patricia areas. Some of the best birds to encounter here include Peruvian Plantcutter, White-winged Guan, Tumbes Tyrant Marañon Crescentchest, Yellow-faced Parrotlet, three species of Inca-FInches, Royal Sunangel, Long-whiskered Owlet, Rufous-crested Coquette and Koepcke’s Hermit.

Traditionally it has always been SE Peru that has been the biggest draw for birding Peru with Manu road and lowland Manu, combined with Machu Picchu and Abra Malaga, However, the dirt road to Manu is prone to landslides in the rainy season (December to March) and the lowlands close to the mountains are prone to receive much more rain than lowland forest away from the mountains. So in terms of being part in a record attempt it may not be that wise to include Manu this time of year.

This is why birding the tarmac road to Puerto Maldonado has been chosen as an alternative. Even if landslides are known from here as well, the infrastructure for clearing the road in such events is very effective. Furthermore, one won’t get stuck in Puerto Maldonado as there are daily jets serving the city.The road does not have as varied habitat as Manu road, but the foothills are second to none with very pristine forest just next to the road. Thus the Puerto Maldonado foothills are as good as the Manu road foothills. Most species occurring occurring the temperate zone on the Manu road can be seen in the Abra Malaga area, while the subtropics of the Manu road is not that different from the subtropics at Machu Picchu and the subtropics of Leimebamba and Abra Patricia areas on the North Peru circuit.

When it comes to the lowlands, making a combination with Amigos research Station and a few areas in Tambopata, the birding is actually more varied than that of Manu lowlands.
Looking at a typical species list for lodges in Manu or Tambopata, one realizes that many of the larger birds such as raptors and herons, as well as practically all the birds associated with water or grassland, have been seen in the Pantanal or Iguazu areas that Noah visited already. Therefor, it will be crucial to concentrate the forest based birds, especially those tied to bamboo – a habitat in which in SE Peru there are many restricted range species. Two places that has good bamboo species are the trail that goes to Tres Chimbadas lake and around the new lodge project Saona at el Infierno near Puerto Maldonado.

Returning to Cusco after Puerto Maldonado we shall search for the Apurimac endemics on the road to Soraypampa, endemic and temperate forest birds at Abra Malaga, especially the Polylepis specialists and subtropical birds at Machu Picchu including endemic ones such as Masked Fruiteater and Inca Wren.

Even though some days may be days with few new birds, if 5-6 of those birds are endemic such days may actually be as important as those days when 60 new birds have been added to the list – merely because it is a new country or a new area.

If you want to join Noah and me on any of the sections let me know. Write me at kolibriexp@gmail.com.

Photo Credits: Photo of Noah Strycker by Corey Arnold. Inca Wren by Göran StorenSten. All other photos by Gunnar Engblom.

One thought on “Noah Strycker Big YEAR birding in Peru.”