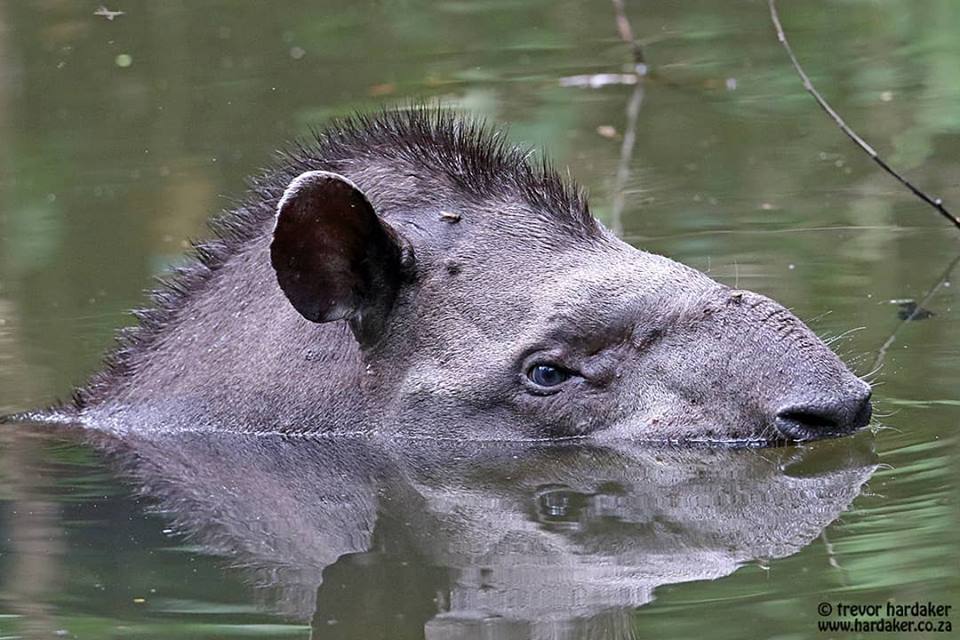 For the last 30 years or, Amazonia Lodge has been the legendary last birding outpost on the Manu road, the gateway to the lowland Manu National Park, or the lowest most Amazon affinity turnaround point on the Manu road to see some of the Amazon birds and wildlife.

Lately, there is a new contender. Villa Carmen, which has been run by ACA for several years, and while previous little notice had been directed towards birders, now it is a whole different ball game.   A few years ago, Laura Kammermeier did a consultancy gig for ACA putting together recommendations for their lodges to become more birder friendly. Laura asked me for some advice, and I think I pretty much cited the recommendations in a blogpost from 2011 on BirdingBlogs – How to niche an ecolodge into a birding lodge.

The main point was identifying the key species and make it easier for birders to see them. It is therefore very rewarding to see that this is exactly what Villa Carmen has done now. There is now a feeding station for Amazonian Antpitta and other tinamous, including Black-capped Tinamou.

I decided we should stay at Villa Carmen this time because of this. Does this mean that Amazonia has lost the game? Not really, Amazonia Lodge still boasts with the longest bird list of any ecolodge in the world with well over 600 species recorded. Rather than choosing between them, birding tours should try to include both.

Today, during our Big Month we visited both sites, as well as a short visit at the small lake Machu Wasi next to Salvacion village.   Since it had rained a lot last night, the forest floor was more active than usual with slugs and bugs, and therefore it provided a assortment of food items for the Antpitta and the tinamous. Hence, they simply failed to show up. This shows, that one should probably allow for more than one night staying here to increase the chances.

Otherwise, the morning was great. We birded trail 7 which has lots of bambu and specialities such as Manu Antbird, Bamboo Antshrike and White-cheeked Tody Flycatcher.

At mid morning we made a stop at Machu Wasi Lake beyond Salvacion. This is a fairly new project run by the local community. They take you around basic balsa rafts, but one does get close and eye level with many birds. It is a great place for Hoatzin, Horned Screamer, Pale-eyed Blackbird and Black-capped Donacobius.

Back in Atalaya around a 3pm for a short stop at Amazonia Lodge. The feeders did not disappoint with Koepcke’s Hermit and several other hummers. And the little lake produced a TAPIR!!!! Almost totally submerged in the water. Only the head sticking up.
The species of the day was a mammal!