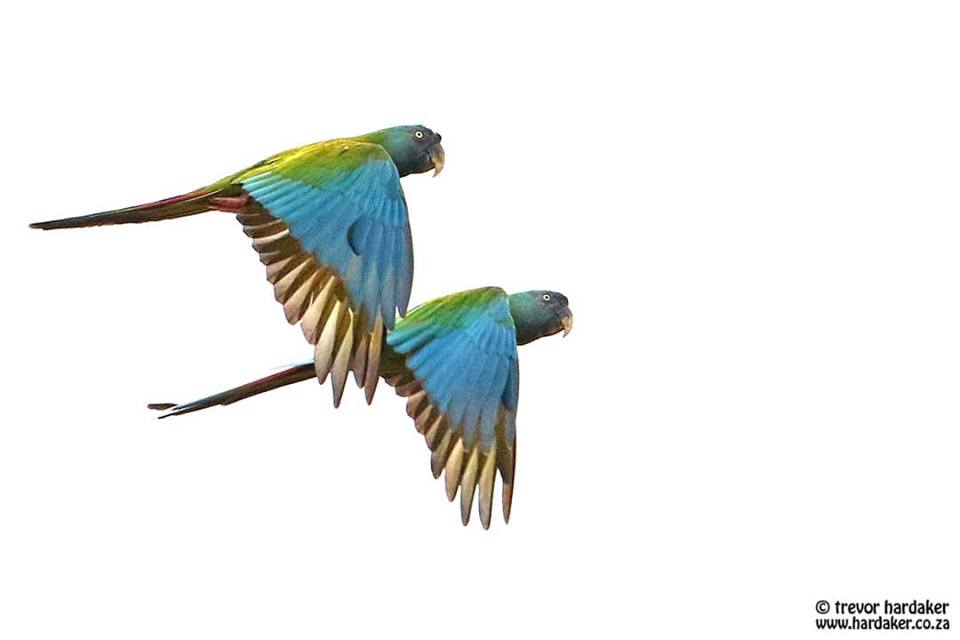 For the first time ever there is an organized birding tour that lasts a full calendar month, and the goal that we have set is no other than breaking the world record, hopefully reaching 1100 species.

I have been birding the lasts days near Puerto Maldonado with Trevor Hardaker, South Africa, Juha Autio, Finland/Sweden and Geraint Langford, Wales. In this 35 C heat the birding has been slow as the temperature is like being in an oven, but we have nevertheless got around 300 species in 4 days.  Starting at midnight at EcoAventuras Lodge on the Cachuela road, where a ZIg Zag  Heron and Pheasant Cuckoo were calling the other night and with help of owner Lucho Tudela, we are aiming for a big day with over 300 species.

The best birds so far these last days have been Black-capped Parakeet and Band-tailed Manikin at Saona Lodge, Blue-headed Macaw at the Cachuela Macaw parrot clay lick, several Brazilian Teal and a Striped Owl on Cachuela road.

Today we have birded along the Trans Oceania highway, that cuts north towards Brazil and with habitat destruction that is rampant. The forest has been cleared as far as the eye can see.

Having said that, there are some areas still preserved where more selected forestry has taken place and where large chunks of forest is saved for Brazil nut production. Recently, a nesting Crested Eagle, has been found in such an area, and we made an effort to try to see it. We did not have luck on our side this morning, not being able to find a guide to take us to the right tree, but the forest is tall and very diverse, so I am considering changing the plan for tomorrow’s Big Day. We shall see. I think the key thing is not that we have a big number for the Big Day, but that we do record a number of birds that are difficult elsewhere. Crested Eagle certainly be one that we would not get later.

We did a long drive north in the heat of the day to try a bamboo patch near San Lorenzo, where recently Rufous Twistwing has been seen again. It was a long shot, but at least we gave it a go. Manu and Goeldi’s Antbirds and Flammulated Bamboo-Tyrant were seen. This patch is way too far to include tomorrow though.

Follow the Big Day count from tomorrow on iGoTerra.

Gunnar Engblom is a Swedish birder who lives in Peru since 1998, where he operates birdwatching and nature tours for Kolibri Expeditions. In October 2018, he is attempting a set a new BIG MONTH record for one single country.
He is also a dedicated 3:04 marathon runner, and will resume training in November to be in shape for Tokyo Marathon March 3, 2019. In 2016 Gunnar additionally re-launched his rock’n’roll singer career with his band Guran Guran and getting over 245 000 views on his recent Rinkeby and Tensta You tube video.